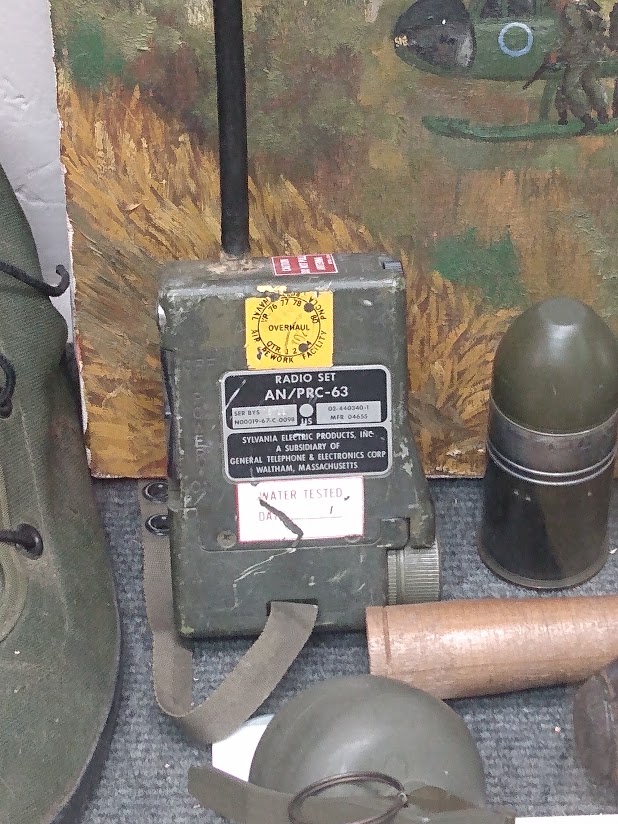 The AN/PRC-63 is a very compact, battery operated survival radio that was issued to Navy aircrews and pilots. The AN/PRC -63 is a  two-way radio transceiver. It can transmit and receive radio signals on the SAR frequency of 243 megaherz. It's frequency is crystal controlled and it produces about 300 milliwatts of transmit power. These radios were manufactured by Sylvania in 1965.  The AN/PRC-63 has three modes of operation: voice mode transmit, voice mode receive, and tone mode transmit.  A slide switch turns the radio on or off and a three position toggle switch sets the operation mode. If the operator of the radio looses consciousness after the radio is turned on, the radio will automatically switch into beacon mode. The transmit power of the radio allows aircraft at about 10,000 ft to detect the radio at a range of 25 miles.  Aircraft equipped with direction finding equipment can detect the AN/PRC-63 tone transmission at a maximum range of 70 miles. The radio is powered by a 14 volt mercury battery.