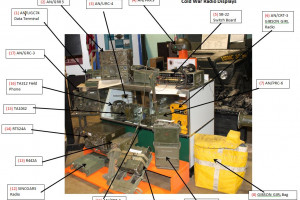 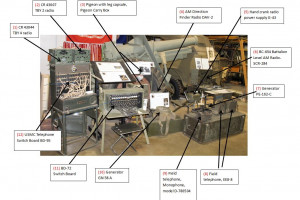 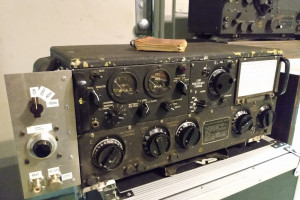 The United States Air Force matched the AN/ART-13A with the BC-348 receiver, whose -R and -Q models were known under the JAN system as the AN/ARR-11. The resulting communications system was known as the AN/ARC-8 and was the liaison radio set on many larger USAF aircraft beginning late in World War II. Some were still in service in the early 1970s.  ( Located in the 8th Air Force room ) 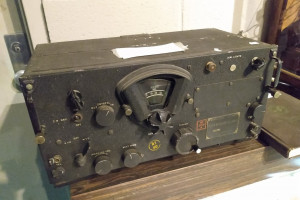 The BC348R is a World War II era communications receiver made for the US Army and Air Force. The BC 348 operated on the frequencies 1.5 - 18 megaherz and was powered by 28 volts DC. The BC 348 was installed on bombers and transport aircraft between WWII and the Korean War. ( Located in 8th Air Force room ) 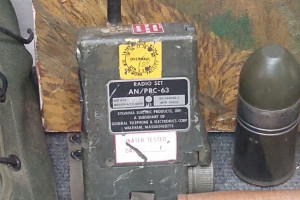 The AN/PRC-63 is a compact lightweight battery powered transceiver issued to air crews and used as a survival radio. It was produced in 1965 by GTE-Sylvania for a Navy contract and was at that time, the smallest radio of its type ever produced. This radio also incorporated the first ever antenna known as the "rubber ducky".   The PRC-63 was powered by a small 14 volt mercury battery.  (Located in the Vietnam Display) 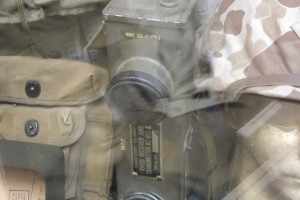 The SCR 536 is a hand held radio used by the US Army Signal Corps during World War Two. This type of small hand held radio was the first radio typically referred to as a "walkie talkie".  The SCR 536 was developed by a team led by Don Mitchell, chief engineer of the entity soon to be known as Motorola.  The SCR 536 entered mass production in 1941. This radio was carried by the first waves of assault troops at Omaha Beach in Normandy.  (Located in the Korean War Display)