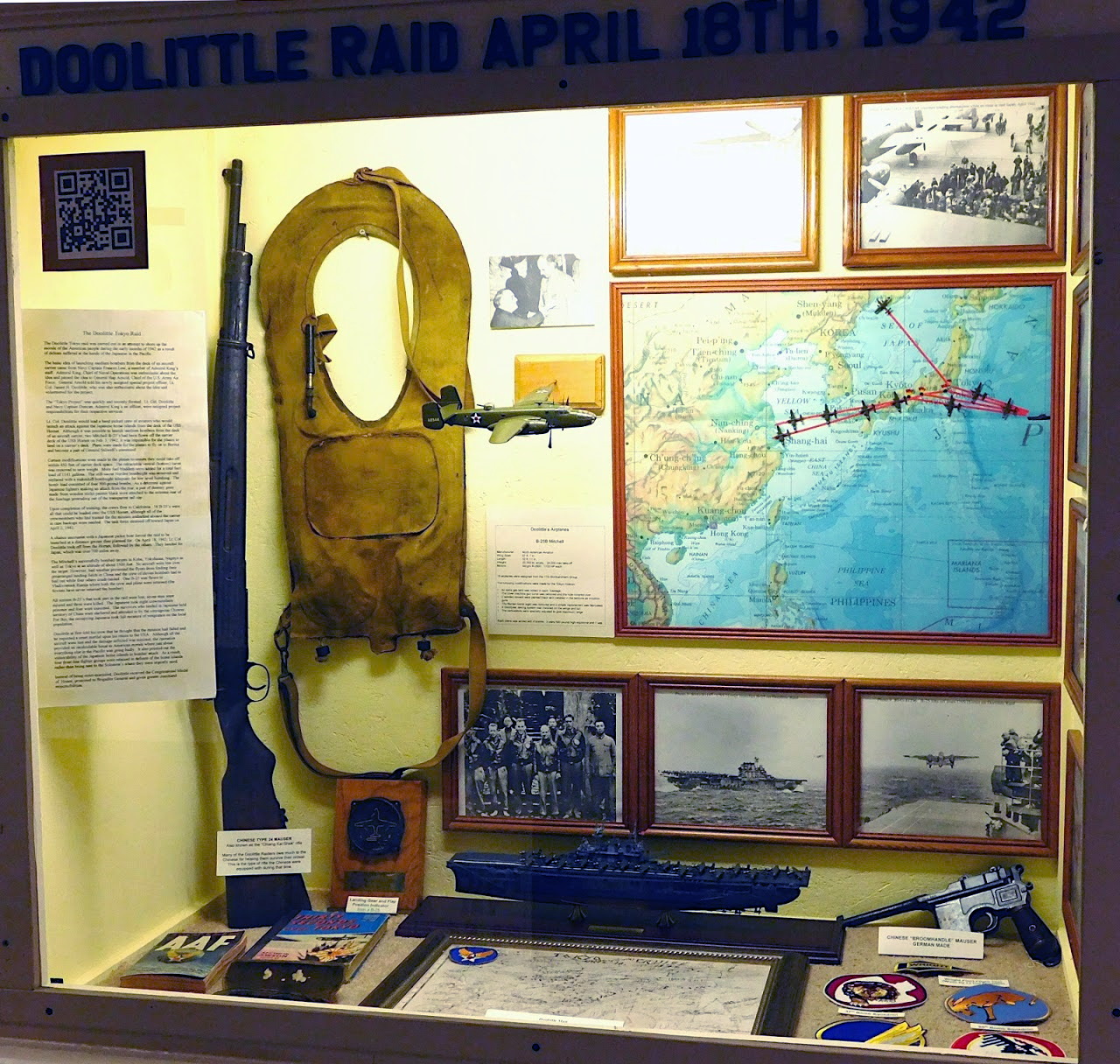 In the wake of shock and anger following Pearl Harbor, President Roosevelt pressed his military planners for a strike against Tokyo. Intended as revenge for Pearl Harbor, and an act of defiance in the face of a triumphant Japanese military, such a raid presented acute problems in execution. No working Allied air base was close enough to Japan. A carrier would have to approach within three hundred miles of the home islands for its planes to reach. Sending surface ships so close to Japan at that time would practically assure their destruction, if not from Japan's own surface forces, then from her ground-based planes or submarine forces.. 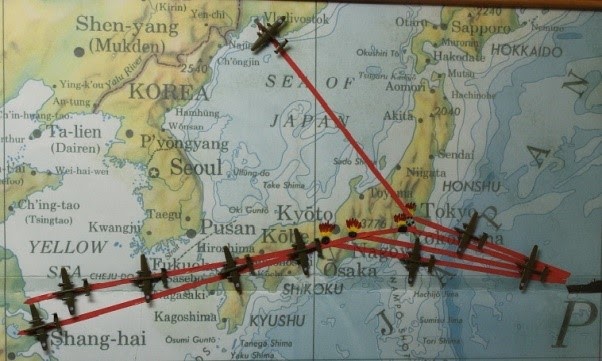 The plan was to launch 16 Mitchell B-25 bombers, large ground-based bombers, with far greater range than carrier-based bombers from the deck of new aircraft carrier USS Hornet CV-8.  Though the bombers could take off from a carrier deck, they couldn't land on a carrier. Instead of returning to Hornet, they'd escape to the southwest, flying over the Yellow Sea, then some 600 miles into China, to land at the friendly airfield at Chuchow (Zhuzhou).   The Doolittle Raid, also known as the Tokyo Raid, on 18 April 1942, was the first air raid to strike the Japanese Home Islands. It demonstrated that Japan itself was vulnerable to American air attack, served as retaliation for the Japanese attack on Pearl Harbor on 7 December 1941, and provided an important boost to U.S. morale while damaging Japanese morale. The raid was planned and led by Lieutenant Colonel James "Jimmy" Doolittle, U.S. Army Air Forces.  As Hornet came about and prepared to launch the bombers, a gale of more than 46 mph churned the sea with 30 ft heavy swells, which caused the ship to pitch violently, shipped sea and spray over the bow, wet the flight deck and drenched the deck crews. The lead plane, commanded by Colonel Doolittle, had only 467 ft  of flight deck, while the last B-25 hung its twin rudders far out over the fantail. 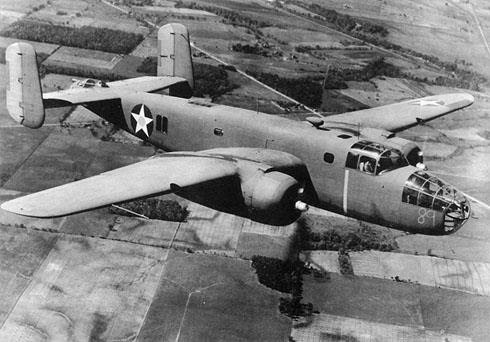 Doolittle, timing himself against the rise and fall of the ship's bow, lumbered down the flight deck, circled Hornet after take-off, and set course for Japan.  By 09:20, all 16 were airborne, heading for the first American air strike against the Japanese home islands.  Sixteen U.S. Army Air Forces B-25B Mitchell medium bombers were launched without fighter escort from the U.S. Navy's aircraft carrier USS Hornet deep in the Western Pacific Ocean, each with a crew of five men. The plan called for them to bomb military targets in Japan, and to continue westward to land in China. Fifteen of the aircraft reached China, and one landed in the Soviet Union. All but three of the crew survived, but all the aircraft were lost. Eight crewmen were captured by the Japanese Army in China; three of these were executed. The B-25 that landed in the Soviet Union at Vladivostok was confiscated and its crew interned for more than a year. Fourteen crews, except for one crewman, returned either to the United States or to American forces. 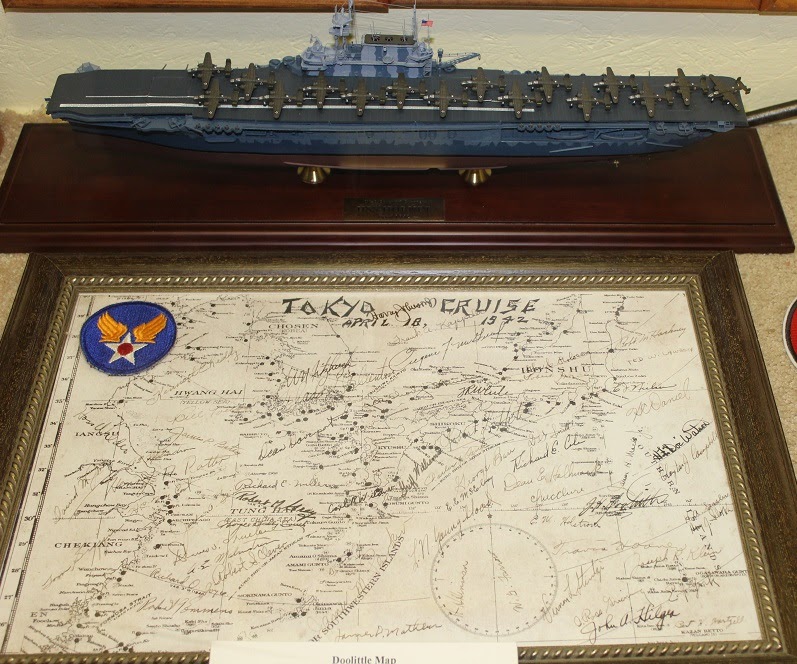 After the raid, the Japanese Imperial Army conducted a massive sweep through the eastern coastal provinces of China, in an operation now known as the Zhejiang-Jiangxi Campaign,searching for the surviving American airmen and applying retribution on the Chinese who aided them, in an effort to prevent this part of China from being used again for an attack on Japan. The Japanese, realizing that their capital was vulnerable to air attacks, took action: a major expedition would be launched against Midway, to draw the American Pacific Fleet into battle and destroy it. As a diversion, a smaller Japanese force would seize Attu and Kiska in the western Aleutians, making its strike one day ahead of the main force. 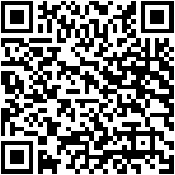