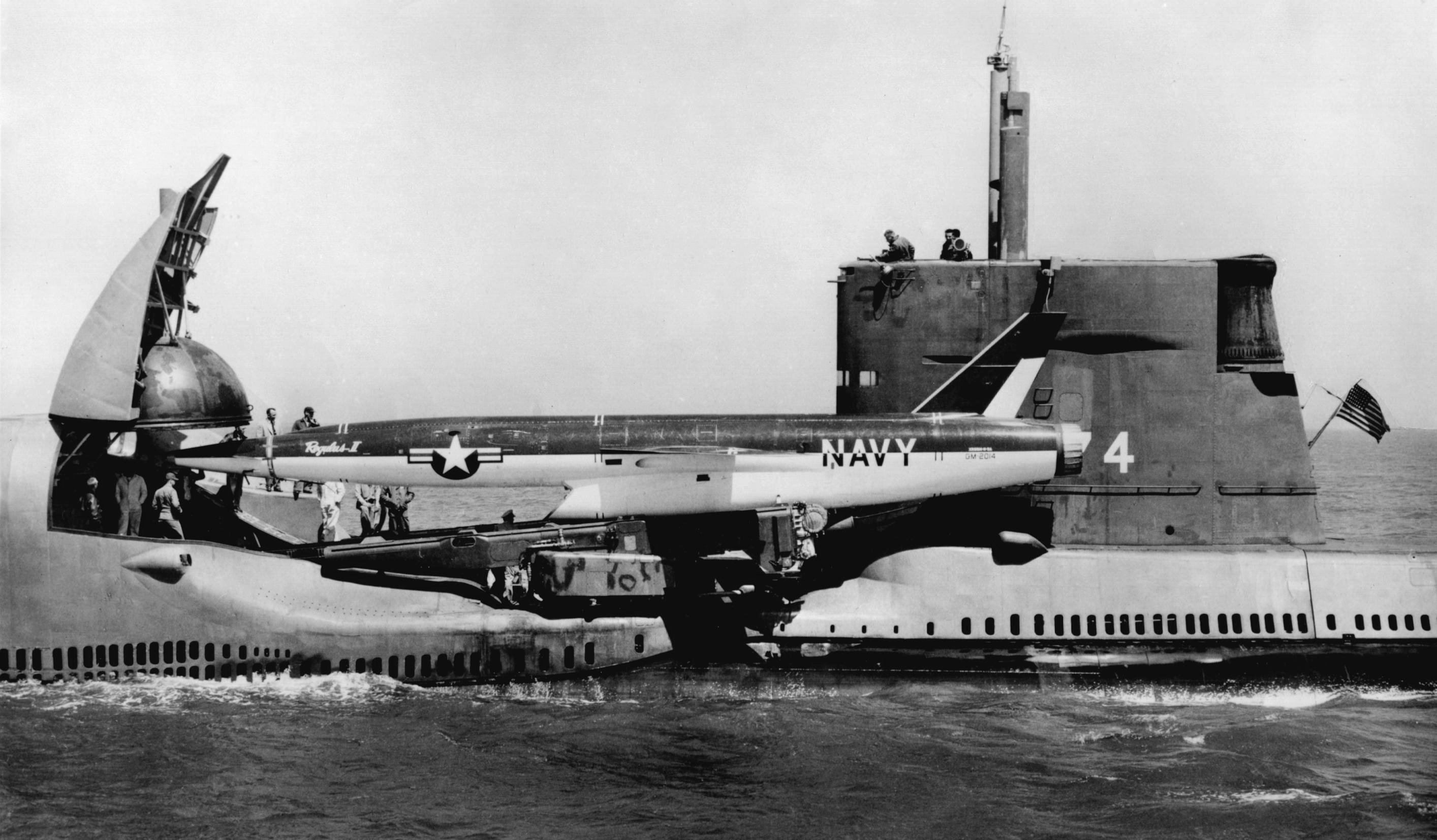 The Regulus II Missile was an early generation, nuclear armed cruise missile designed to be launched from surface ships, and specially adapted submarines. The Regulus II was the successor of the earlier Regulus I and was intended to address several drawbacks of the initial version of the missile. The Regulus I required real-time in-flight guidance from the launch vessel which was vulnerable to jamming and had limited range. This limited range required the launching vessel to remain close to the target during the entire flight of the missile. The Regulus II utilized an inertial navigation system which was autonomous after launch. The Regulus II also had improved aerodynamics, a more efficient jet engine and greater range. Testing of the missile began in 1956. The Regulus II was designed to be launched from Grayback-class submarines and heavy cruisers. The missile design followed conventional aircraft construction techniques. The missile had a tubular fuselage. The nose contained the warhead and guidance system. Flight of the Regulus II was controlled by elevons fitted to the outer half of the wing edges and a ruder fitted to the trailing edge of the fins. Small canard fore-planes located near the nose of the fuselage provided additional control. Two submarines, the Grayback and the Growler were specially modified to launch the Regulus II missile by constructing missile hangars on their bow. In order to launch the missile, submarines were required to surface and the missile was loaded onto its launcher. This process required about 15 minutes. After launch, the submarine had to remain at periscope depth during the missile flight. When launched, the missile would link to the navigation system of the launching vessel to synchronize its internal guidance system and the missile would continue its flight under automatic guidance. The Regulus II could carry its 2900 pound warhead 570 miles at Mach 2. During final stages of the Regulus II program, a proposal was made to equip the missile with a radar map matching guidance system which utilized Terrain Contour Matching. This technology allows the missile's flight path to be matched to pre-loaded radar maps, greatly enhancing the accuracy of its navigation. This technology was never implemented into production. The Regulus weighed between 10,000 and 12,000 pounds. The development of the Submarine Launched Ballistic Missile, which could be launched from a submerged submarine and the high cost of the Regulus II resulted in the cancellation of the program in 1958.