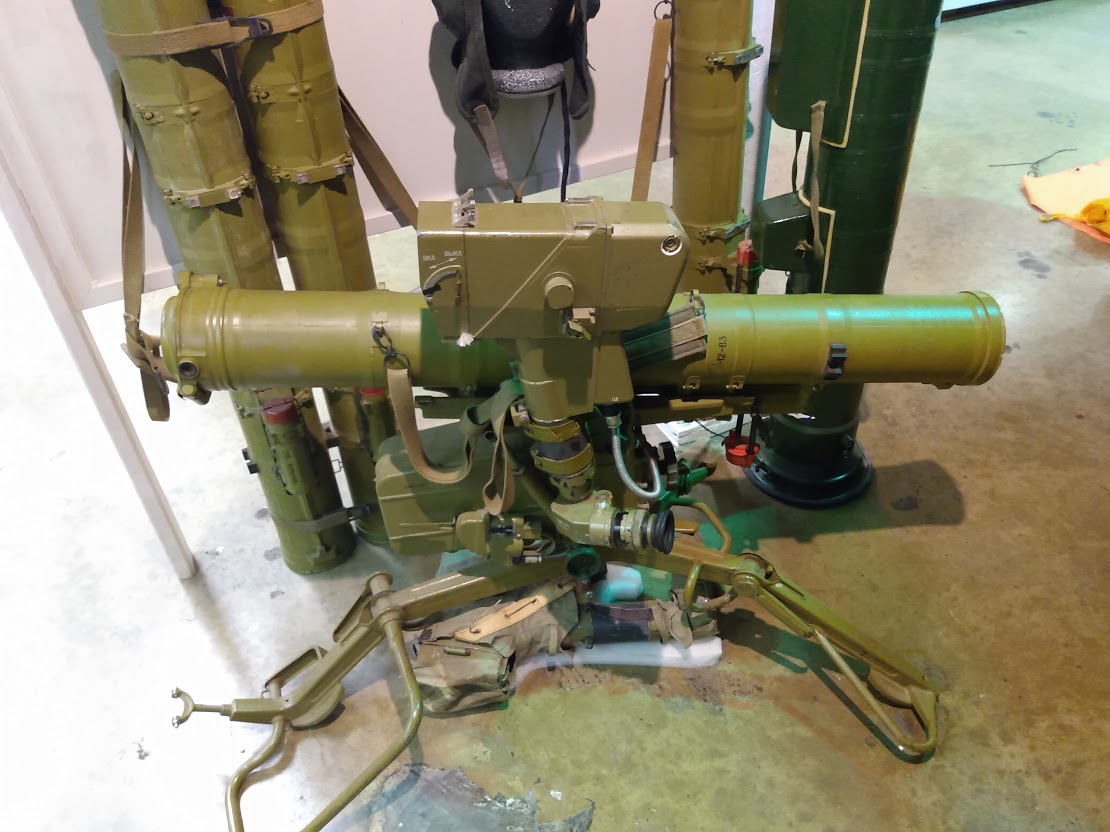 The 9K111 Fagot (Bassoon) is a second generation, tube-launched, wire guided, anti-tank missile system developed by the Soviet Union. The missile system was developed by the Tula KPB Design Bureau for Instrument Building. The NATO designation for this weapon system is “AT-4 Spigot”. Development of the 9K111 began in 1962. It was intended to be both man-portable or vehicle mounted. This missile system entered service in 1970. The anti-tank platoon of a Soviet BTR equipped motor rifle battalion usually had two ATGM squads with two 9K111 Fagot teams. A Fagot team consisted of three personnel: a gunner carrying the launch tube and tripod and two men carrying additional missiles. Each team carried four missiles and was also armed with AK assault rifles. Each team also had up to eight additional missiles carried in their BTR transport vehicle. Many of these were obtained from the USSR by North Korea. The missile system was reverse engineered by a North Korean proxy company GLOCOM. The use of the Fagot Missile was first reported in 2014 by the Is ad-Din al-Qassam Brigades. Hamas used the North Korean produced FAGOT to destroy an Israeli Merkava tank near the Gaza Strip. 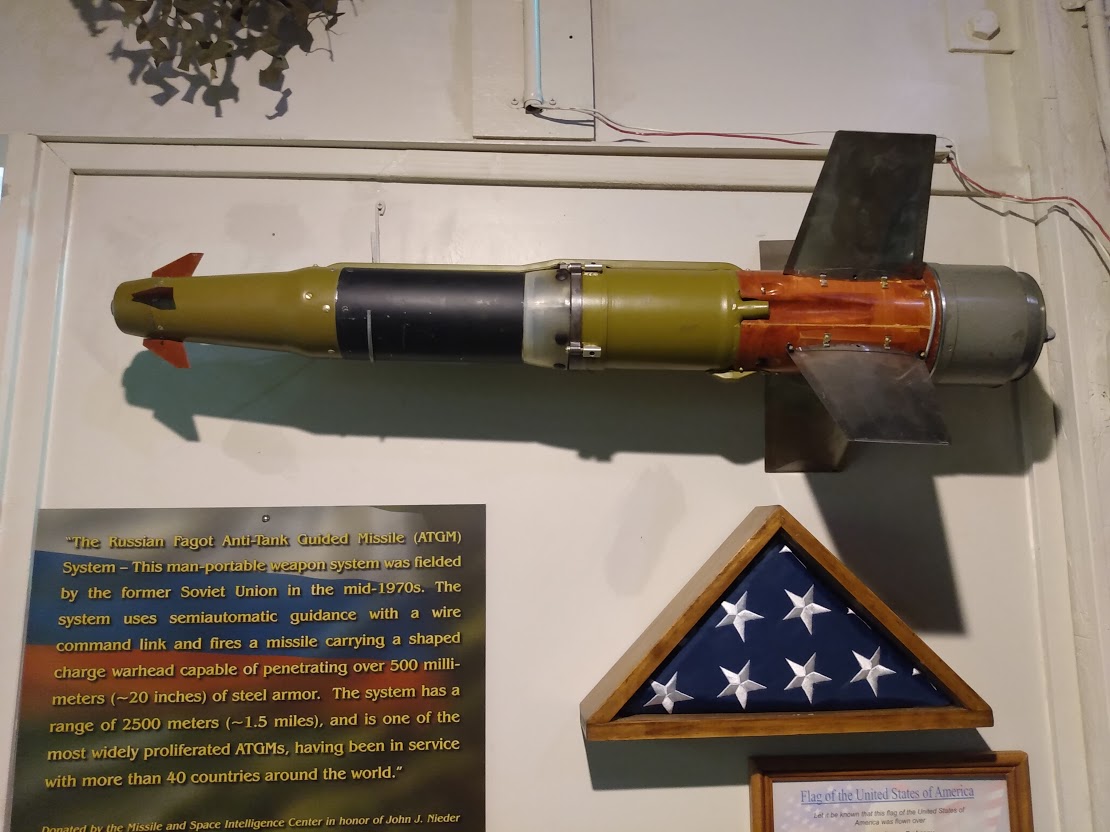 The missile is carried and stored in a launch tube container. It is fired from a 9P135 Launcher tripod equipped with a 9S451 guidance box. The 9SH119 sight is located on the left side. The complete launcher system weighs 50 lbs. The gunner lays prone while firing the missile. The missile can engage targets traveling at up to 37 mph. The launcher can traverse through 360 degrees horizontally and +/- 20 degrees vertically. The launcher is equipped with a 10x sight and has a 5 degree field of view. The maximum rate of fire is up to three missiles per minute. The FAGOT Missile System uses a gas generator to propel the rocket out of the launch tube. The missile leaves the launch tube at 180 mph and quickly accelerates to a top flight speed of 420 mph by its rocket motor. While in flight, the launcher tracks the missile using an incandescent infrared bulb on the back of the missile. The guidance system tracks the position of the missile relative to the laser designated target and adjusts the flight path to intersect the target. Guidance commands are transmitted to the missile from the launcher via a fine wire dispensed by the missile during flight. The system fires a shaped charge warhead capable of penetrating ~20 inches of steel armor. The range is about 1.5 miles. Accuracy is claimed to be 90%. The FAGOT is one of the most widely proliferated ATGMs in the world and is in service with over 40 countries worldwide.