A replica of the America army soldier's uniform, as displayed is made with three colors red, blue and white, with brass buttons, made of hand woven cotton.   The colors worn on uniforms had more meaning than mere fashion that caught civilian acceptance. It tended to build pride in the company or regiment. Battlefields were often shrouded in cannon and gun smoke. Commanders could discern the uniform colors through the haze and then could order logistical changes of location by identifying friend from foe. The British red coat, or the blue color used by the Continentals, would distinguish friend from enemy in the chaos of a battlefield.  In 1779 Washington ordered blue coats, white vests, facing and buttons optional. Different colors for linings and facings differentiated state regiments incorporated into the Continental line. Officers wore blue coats, white vests, waistcoats and breeches of buff or white. Rank was displayed on shoulder Epaulets (Usually Gold or Silver) following the British style. This was before the Industrial Revolution and all clothing was hand tailored and hand sewn.  As with every other aspect of a garment, the buttonholes and buttons were hand sewn.  Professional tailoring in the 18th century was a male dominated industry. 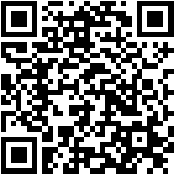