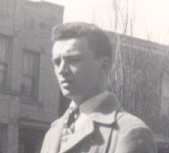 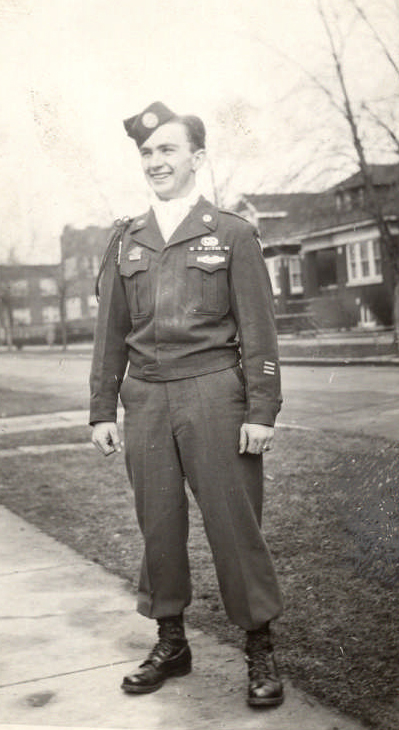 Sep 17 1944   Market Garden: The 501st Parachute Infantry Regiment landed correctly on its drop zone south of Veghel, apart from the 1st Battalion, which dropped by mistake at Heeswijk, 3 miles on the wrong side of the Willems Canal and the River Aa.  Jack made a combat jump as a part of Market Garden. He landed outside of Eindhoven, Netherlands. Jack landed in a tree. There was a German below him. Jack shot the German first then drop down from the tree. When he landed on the ground he hurt his leg.  For that he got a Purple Heart. After 72 days of combat in Holland the division returned to a new staging area, in Mourmelon, France, for what everyone thought would be a long, well deserved rest.  To put it mildly, the division was ill prepared for the word they got in the late evening of December 17th.

The Germans had launched a major offensive  (Battle of the Bulge) at dawn on 16 December, through the Ardennes, in the lightly held sector.  501st  were ordered to move to Bastogne, the hub town of a major radial road net, to stem the oncoming Germans without waiting for any absentees.   The 501st was the lead combat team in the division move, and after a grueling truck ride, reached Bastogne about 2230 hrs. Thus, by midnight, the 501st was the first and only regiment combat team ready for action. The 501st  was ordered to move out on the eastern road, through Longvilly and seize and hold a key road junction beyond Longvilly.  Thus, the 501st was the first to fight at Bastogne,  When its battalion ran into the enemy near Neffe, a few kilometers out of Bastogne.  Thus began the heroic defense of Bastogne in which the 501st gave up not one foot of ground, and in which the division, and its comrades in arms, stopped cold everything the Germans could throw at them, ruined Hitler's offensive time table and eventually won the 101st, the first presidential unit citation ever awarded to a full division.

Operations after Bastogne would have been anti-climatic under most any circumstances, accept for the light skirmishing in Alsace, and the drive into Germany's last redoubt, Bavaria, truly seemed like a cakewalk. The living in Germany after V-day was good indeed, but was rudely interrupted by orders to move back to billets in Joigny and Auxerre, France. 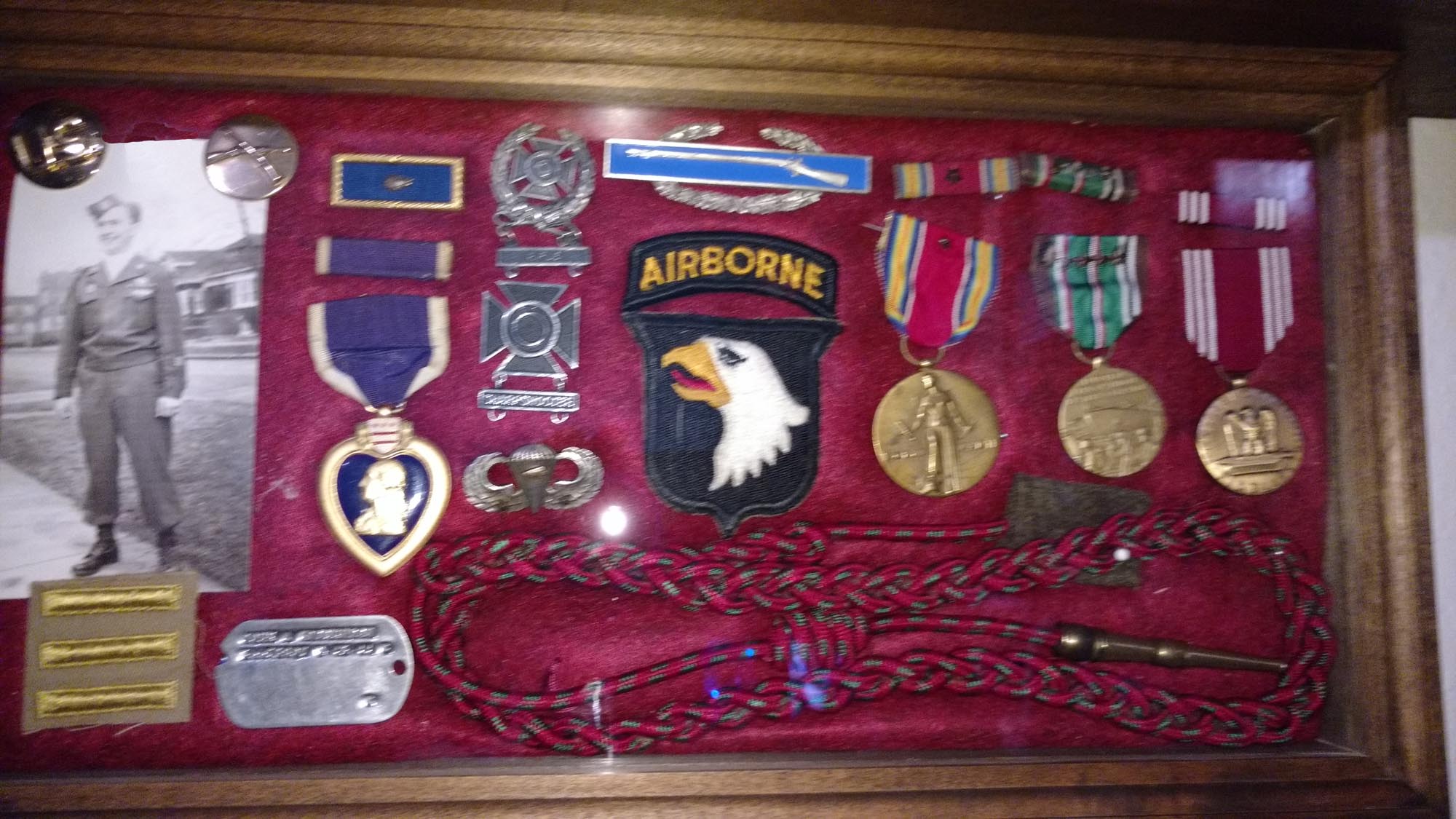 Jack returned to the US and discharged from the US Army in Jan 1946.  Jack Kittredge marred Olga Suty Nov 1946 and had a daughter the next year. Then on April 13, 1948 while making repairs  on his car he was killed when the car slipped off the bumper jack.