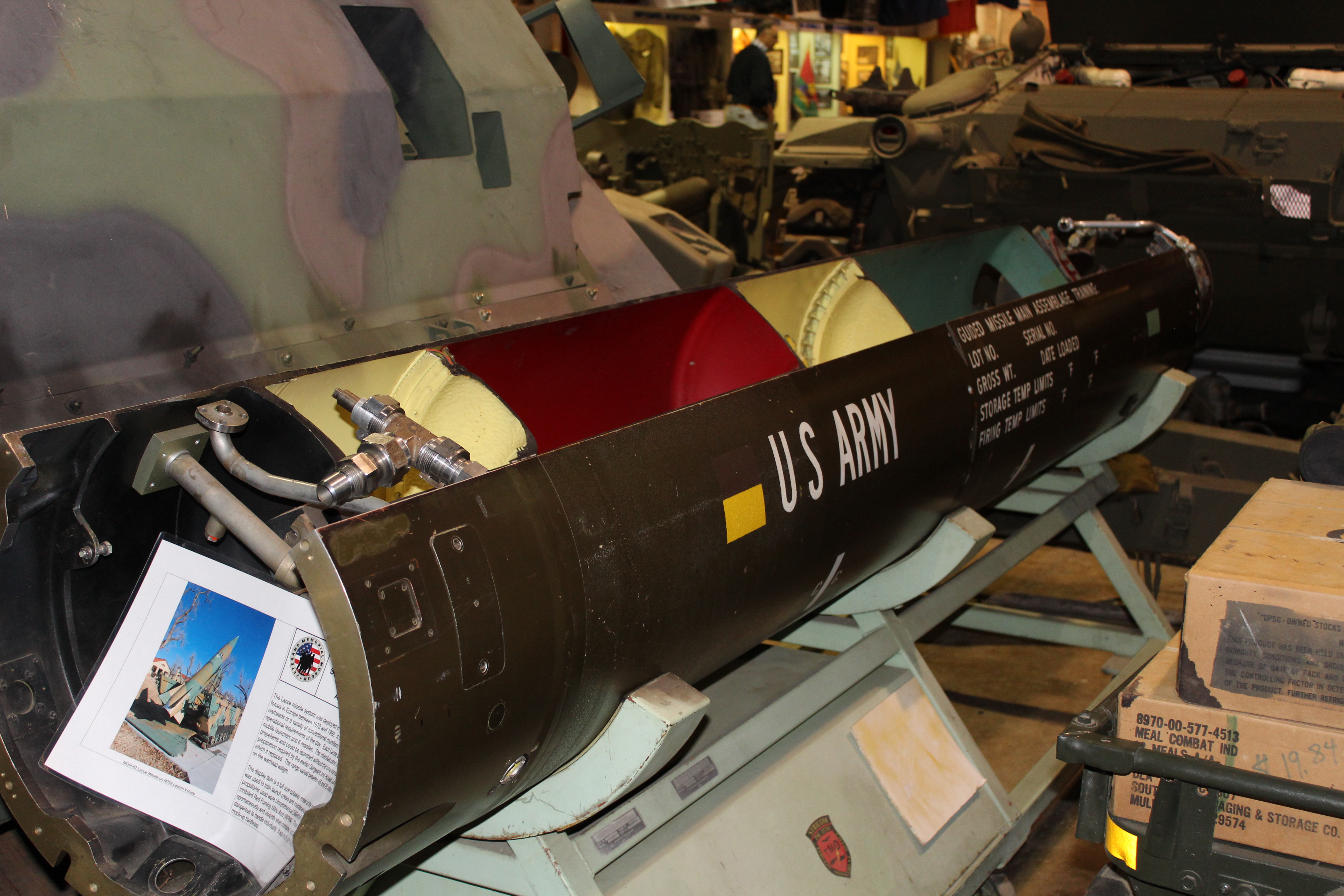 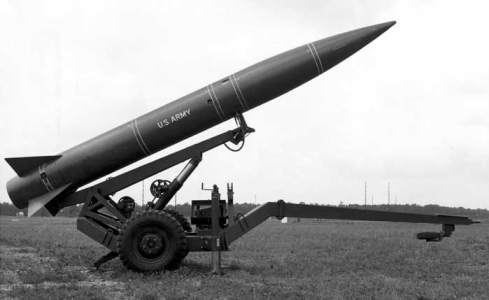 The Lance Missile is a field mobile, tactical, surface-to-surface ballistic missile.  The missile was developed to provide nuclear and conventional fire support for the US Army.  The Lance Missile could carry a W70 nuclear warhead, a conventional shaped charge munition designed for bunker penetration, or anti-personnel/anti-material bomb cluster units.  The Lance Missile replaced the earlier Honest John and Sergeant SRBM missile systems deployed in 1954 and 1962.  The Lance Missile was designed to attack enemy targets beyond the range of conventional artillery.  It was highly mobile, had a medium range, and was fin stabilized and had all-weather capability. Primary targets for the Lance were enemy missile sites, airfields, logistics facilities, key terrain features and troop concentrations.  The Lance was launched by a high thrust booster and then propelled by a variable thrust sustainer motor.  The missile was aimed using conventional artillery techniques and had a predictable trajectory similar to artillery projectiles.  The Lance used prepackaged liquid fuel and required minimal time to prepare for firing.  The Lance Missile was capable of delivering nuclear munitions to a range of 75 miles, and conventional munitions to about 45 miles.  A nuclear neutron warhead was developed for the Lance that was optimized to kill ground personnel but cause minimal damage to structures.  This was deemed an effective deterrent to the Soviet military threat in Europe without endangering the Federal Republic of Germany. The Lance Missile project was initiated in 1962 and was managed by the US Army Missile Command MICOM located at Redstone Arsenal in Huntsville, Alabama.  Production began in 1970 and the first battalion was deployed in 1973. Eventually, the US Army fielded eight Lance nuclear equipped battalions: six in Europe and two in the United States.  Non-nuclear versions were sold to NATO members and Israel.  The Lance Missile was deactivated when George Bush implemented a uni-lateral cut in nuclear weapons.  The Lance Missile was never fired in war time. Many were later used as targets for newer missile development programs such as the Patriot Missile. The Lance Missile was 6.4 meters long and weighed 1500 Kilograms.