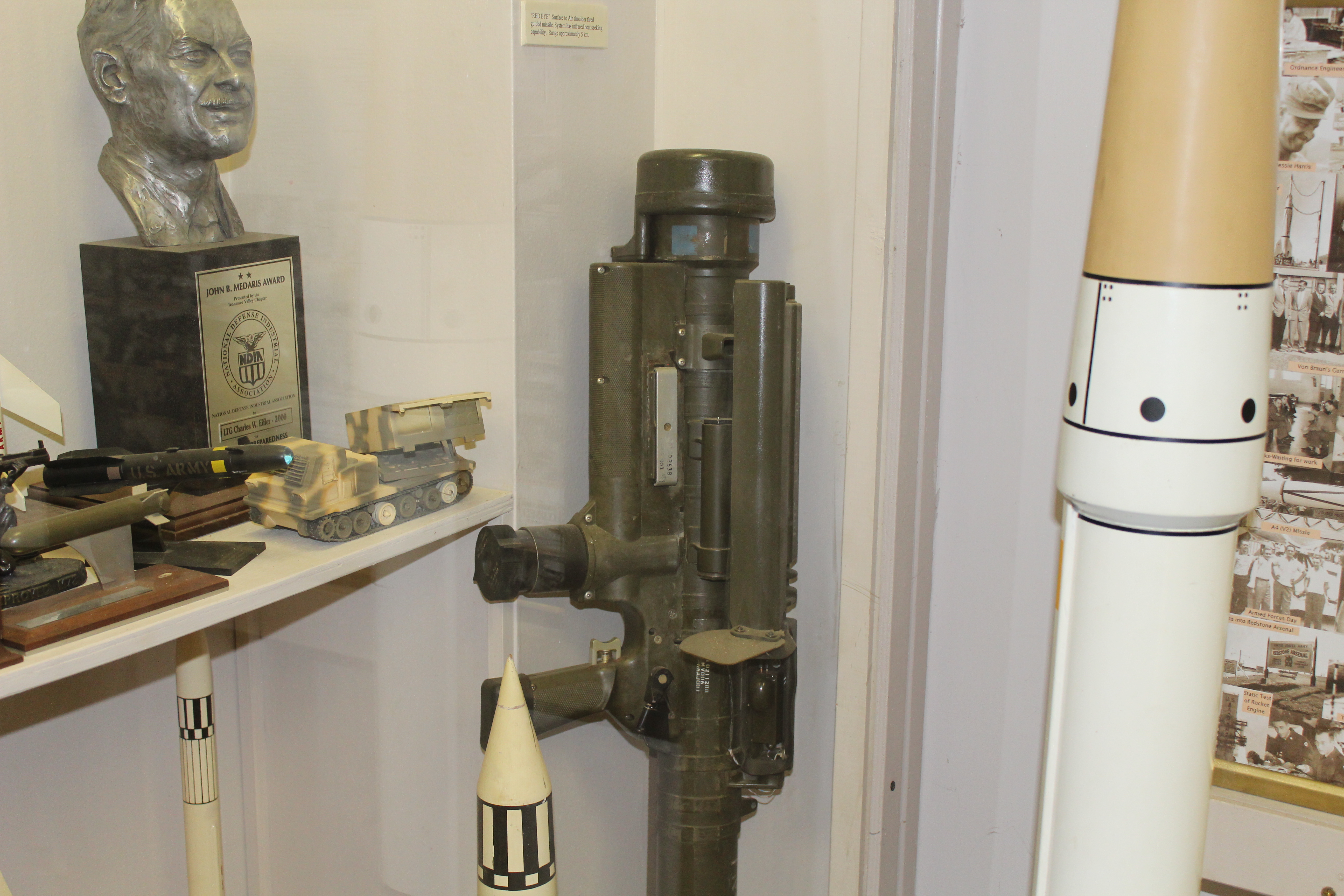 The FIM-43 Redeye is a heat-seeking shoulder launched missile developed to provide air defense for American ground forces against low flying close air-support enemy aircraft.  It is portable enough to be carried with a shoulder strap and has an infra-red guidance system that could lock onto the exhaust system of the enemy aircraft.  It was simple to operate by one person and could be made ready to launch in seconds.  The Redeye is a first generation MANPAD, a principle weapons system concept of great significance on the modern battle field.  The Redeye Missile provides infantry with the ability to strike at fighter aircraft and helicopters such as the MIG-21 and the Mi-6. Development began in 1959. Production began in 1968.  The design was based on existing air-to-air missile technology and employed a homing head developed by Philco, a descendant of the AIM 9B Sidewinder Missile and it used the same un-cooled lead sulfide IR Detector behind an optical lens.  To fire the missile, the heat seeking sensor is allowed to cool to operating temperature and the operator tracks the target using the sight. Once the target is locked by the sensor, a buzzer alerts the operator the missile is ready to fire. The operator pulls the trigger to fire the initial booster rocket, which launches the missile out of the tube at about 80 feet per second. As the missile leaves the tube, its spring loaded folding fins pop out to stabilize the flight path. After about six meters, the sustainer motor fires and propels the missile to the target. The peak velocity is Mach 1.7.  The heat-seeking sensor of the missile can track heat sources such as the hot exhaust of an aircraft. It is not effective against oncoming aircraft and instead is aimed at aircraft flying away.  The missile has an impact fuse which requires a direct hit. The Redeye is a first generation MANPAD missile and is vulnerable to counter measures such as flares. Its inability to make turns at greater than 3G meant that it could be outmaneuvered by aircraft.  The Redeye Missile carried a conventional high explosive warhead. In optimal conditions the range is 4.5 KM. The Redeye Missile was succeeded by the famous Stinger Missile and the Soviet era Strella.