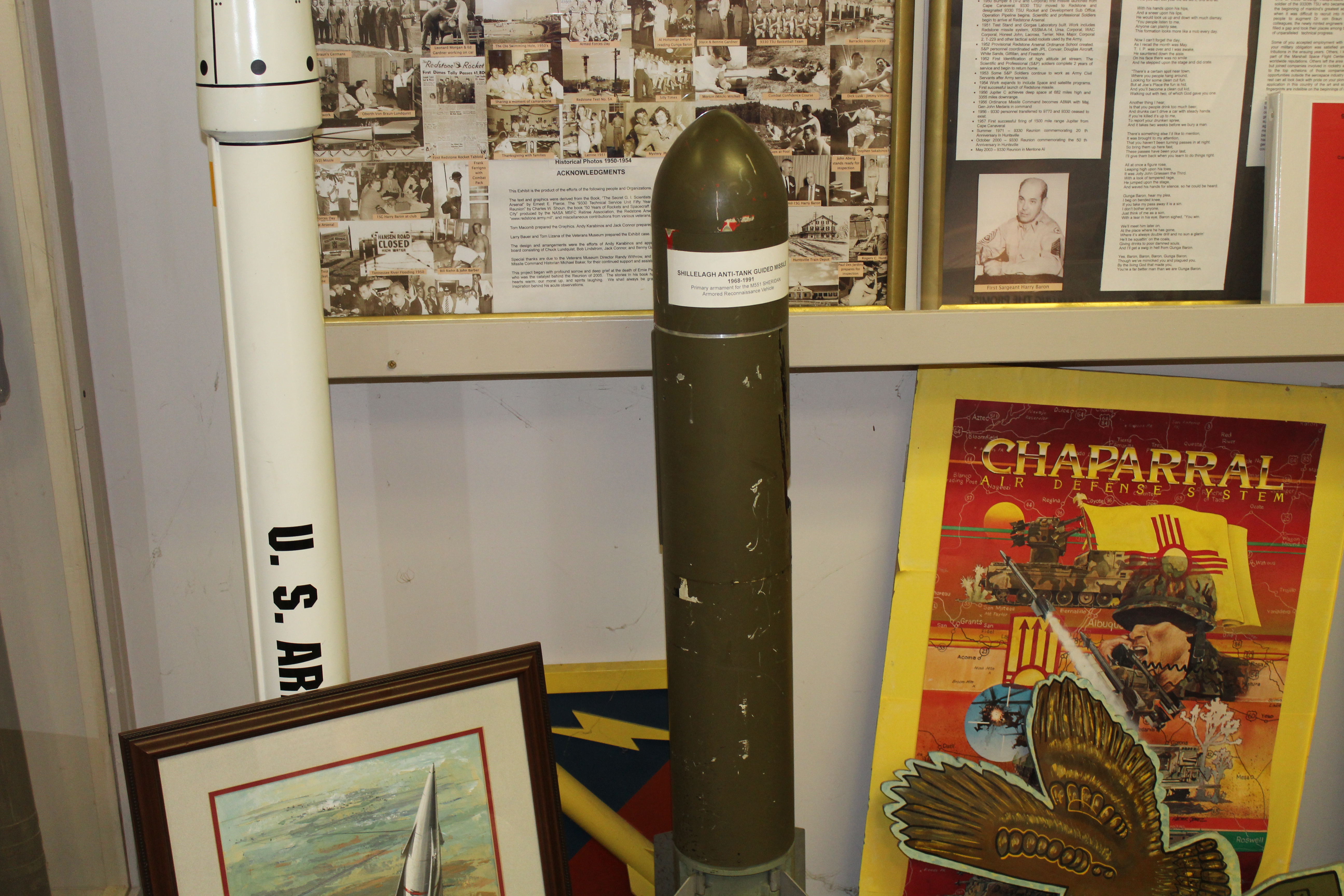 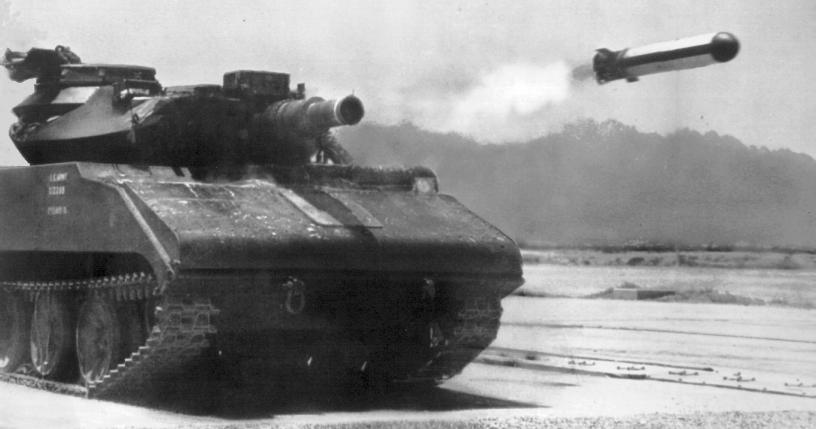 The Shillelagh was an American anti-tank missile designed to be fired from the closed breech of a conventional cannon barrel. The intent of this concept was to provide a light air-transported tank using a light-weight barrel with ammunition effective against heavily armored tanks. It was designed to be fired by the tank-like Sheridan vehicle. The cannon of the Sheridan was rifled and could also fire unguided HEAT rounds. The Shillelagh missile utilized a combustible cartridge case. The combustible cartridge case eliminated the need to handle spent shell casings. The Shillelagh utilizes a 15 lb shaped charge which produces a high-velocity jet of metal formed by the warhead. This characteristic yields great penetration capability. The MGM-51A Shillelagh missile was stabilized by flip-out fins, and controlled by hot gas jet reaction controls. When fired, the gunner had to keep the target in the crosshairs of the telescopic sight. A missile tracker in the gunner's sight kept track of deviations of target versus trajectory of the missile and generated correctional control commands which were transmitted to the guidance system of the missile via an infra-red communication link. The infra-red control link unfortunately could not operate until the missile had traveled a minimum distance of about 800m. This minimum range was slightly greater than the range of the main conventional shells fired by the Sheridan and this resulted in a dead zone, out of reach of either ammunition. The Shillelagh had a maximum range of about 2000 meters. The missile was very accurate and could hit moving targets. The Shillelagh was more effective at destroying hard targets at long ranges than a similar conventional gun. The Shillelagh Missile was designed and developed by Sperry and Ford Aeronutronic. The missile was first test fired in 1960. Production began in 1964. Since the missile was fired from a conventional rifled cannon barrel, the body of the missile utilized a "key" which engaged with a slot in the barrel as it traveled down the gun tube to keep it from spinning. This design characteristic resulted in premature cracking of barrels after firing a few hundred rounds. Design changes were made to correct this problem and other issues found in testing and production of a new version began in 1966. The Shillelagh was about 45 inches long, six inches in diameter, and weighed 60 pounds. Approximately 88,000 were produced. A small number of Shillelagh missiles were fired at bunkers by Sheridan tanks during Operation Desert Storm in 1991. This was the only instance where the missiles were used in combat. Consideration was given to the possibility of arming all main battle tanks with the Shillelagh and some M60 tanks were adapted to fire the missile, but these were plagued with problems and quickly phased out of service.